Motorcycle makers and federal highway-safety regulators are taking a harder look at whether advanced safety technology can help reduce fatal accidents and injuries for those who ride.

Manufacturers, at the urging of federal safety officials, are moving to make antilock brakes available on more models. BMW AG is making the feature standard on all models as of the 2012 model year. At the same time, the government and industry are moving ahead with new studies of whether antilock brakes, which can help a rider stay upright during a hard stop, can reduce motorcycle fatalities. 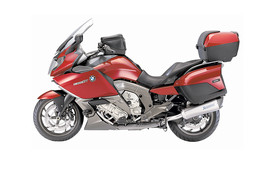 BMWBMW is making antilock brakes standard on all of its motorcycles, such as this K 1600 GT model. 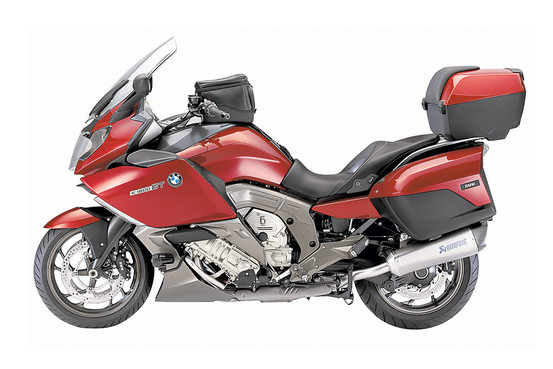 Unlike auto makers and drivers, the motorcycle industry and riders have been relatively slow to embrace safety technology. Thirty years ago, car manufacturers fought safety requirements and most drivers didn’t bother using their seat belts. Now, auto makers compete to offer the latest crash-survival and avoidance technology and more than 80% of motorists buckle up—even if only to avoid getting a ticket. In a recent article from the Tampa Tribune, an estimated half-million motorcyclists begin their annual trek to Bike Week in Daytona. The traffic and excitement that it brings however is not the cause of most accidents according to The Florida Motorcycle Safety Coalition. Research shows that 60 percent of vehicle-motorcycle accidents in Florida are caused by the drivers in the vehicle.

A survey of bikers shows that while 71 percent are most worried about being hit by distracted drivers, only one in five wear reflective gear to reduce that risk. Besides recommending bikers to wear helmets, the AAA and Coalition suggest motorcyclist do whatever they can to make themselves more conspicuouson the road.

Here are some other motorcycle-awareness tips for motorists: • Check blind spots before changing lanes or merging, particularly in heavy traffic. Assume motorcyclists pulling out of side streets do not see you and may pull in front of you.

• Expect to see motorcycles as they are often hard to see in traffic. Look for a helmet, tires or a shadow alongside a vehicle that you can’t see around.

• Don’t drive distracted. Drivers who take their eyes off the road for just two seconds double the risk of getting into a crash. Distracted driving is a major cause of motorcycle crashes.

• Keep your eyes and ears open at all times. Motorcyclists may blend into groups of vehicles and may be closer than you think. Also, not all motorcycles are loud so listen closely if you think one is nearby.

• Watch out when making left turns. Most crashes between cars and motorcycles involve left turns.

The AAA online survey was conducted Feb. 8 to 11 and included motorcyclists living in Florida, Georgia and Tennessee. A total of 202 motorcyclists completed the poll, which has a margin of error of plus-or-minus 6.7 percent.

Here are some other statistics that came out of the survey: • 33 percent of bikers say they have been involved in a motorcycle crash and of them, 67 percent said another vehicle caused the crash.

• 23 percent of bikers surveyed say they have ridden within a few hours of alcohol consumption.

• The main reasons cited for riding after drinking were: Bikers believing they were not intoxicated (74 percent) and bikers saying they were driving only a short distance (35 percent).

If you find yourself injured or on the road and see a motorcyclist down during bike week call a Tampa personal injury attorney that can help you get you the assistance you need! Call us 24/7 at 813-931-0840.

I read an interesting article this morning in the news regarding motorcycle law and the federal safety’s push to make motorcycle helmets mandatory while riding.

Over the last decade, safety officials claim that motorcycle crashes have risen. 4,400 bikers in the U.S. died last year alone, due to head injuries. Federal safety officials want to reduce the current increase in head injury accidents; implementing forceful actions to wear helmets in all 50 states might be one way to go.

Many bikers find this not to be the answer. Helmets can be helpful, yes, but it can also cause restrictions while riding. According to some, helmets can do more harm then good and a helmet can actually make it tough to see and hear while on the road.

Do you think a change to the laws in many states, including Florida, would help reduce the number of motorcyclists killed in crashes?

Posted in Blog | Tagged motorcycle laws, motorcycle laws florida, new federal law on helmets, personal injury attorney tampa, tampa bikers | Leave a comment
Call Today For a Free Consultation! 888.973.2776
Blick Law Firm is grounded in Christian values, & strives to meet the legal needs of its clients & their families, while providing physical & emotional support.
Submit the following information and we will have one of our representatives contact you.