The Florida Supreme Court recently ruled on a case involving limiting attorney’s fees in workers’ compensation cases. The hearing resulted in a 5-2 ruling in favor of Florida’s injured workers.

Businesses argued that attorney fees in workers’ compensation cases both increase the cost of workers’ compensation insurance and jeopardize the state’s overall economic success; as a result, some Florida businesses were pushing for a law mandating lower fees. The court’s decision to strike down the law means that Florida legislators will have to mediate between Republic-aligned businesses and left-leaning law firms, who sit on polar opposite sides of the issue. Because 2016 is an election year and businesses and law firms are major contributors to political campaigns, lawmakers are expected to hold a special session regarding the issue.

The case in question was that of Marvin Castellanos, a Miami man and employee of Next Door Co. After injuring his head, neck, and shoulders in a work-related accident, Castellanos faced an aggressive defense by Next Door Co. and was ultimately awarded $822.70. Castellanos’ lawyer sought a fee of $36,817.50 for 107 hours of work on the case. He received $164.54.

Florida Supreme Court Justice Barbara Pariente wrote for the majority, stating that the law violates workers’ due process rights under the state and the United States Constitution and would do away with any notion of reasonableness. “Without the likelihood of an adequate attorney’s fee award, there is little disincentive for a carrier to deny benefits or to raise multiple defenses, as was done here,” Pariente wrote. “Virtually since its inception, the right of a claimant to obtain a reasonable prevailing party attorney’s fee has been central to the workers’ compensation law.”

Ricky Polston and Charles Candy, the courts two conservative members, dissented from the majority opinion. Candy said the law involves a “policy determination,” linking he amount of benefits obtained by workers to the amount of attorney’s fees awarded. Candy wrote the following: “The definition assumed by the majority categorically precludes the legislative policy requiring a reasonable relationship between the amount of a fee award and the amount of the recovery obtained by the efforts of the attorney…there is no basis in our precedents or federal law for declaring it unconstitutional.” 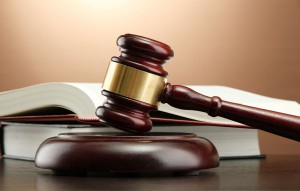 Kevin McCarty runs the Office of Insurance Regulation, which regulates workers’ compensation rates in Florida. He said that until the Legislature decides otherwise, his office will base attorney’s fees on the “reasonable” standard defined in the 2008 case, Murray vs. Mariner Health.

“Limiting attorney’s fees has been an important factor in reducing workers’ compensation rates.” According to McCarty, “A legislative remedy will be required to prevent significant increases in rates, and we look forward to working with all parties affected to bring about a sensible solution.” For more information regarding the worker’s compensation law, [Click Here].