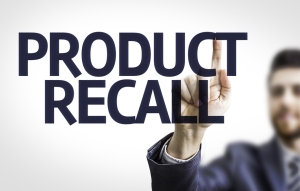 In the world of law, there is always a new and expanding project expanding that hopes to help as many people as possible who are affected by something they were unaware to harm them. This week, we here at Blick Law Firm are here to introduce to you a new mass tort project which involves the prescription drug Invokana as well as many other drugs in the SGLT2 inhibitor class.

Invokana, which is the first in a new class of frontline treatments for type 2 diabetes, was approved in 2013 and although originally successful by blocking the absorption of glucose in the kidneys, has now been found to develop diabetic ketoacidosis. Diabetic ketoacidosis is a serious condition which results in strokes, pulmonary edema, cardiac dysthermia heart attacks, cerebral edema and many other dangerous effects including death.

Recently, the FDA noticed the serious health implications of the drug and has issued a warning regarding the serious side effects of using Invokana. After learning of the issues surrounding the drug, the pharmaceutical litigation team at Morgan & Morgan began investigation possible product liability claims, and is currently in the process of sustaining a tort project using highly experienced experts from several fields including cardiology and endocrinology. They have developed a theory of liability that is planned to be very successful in assisting those who suffered from the drug.

We here at Blick Law Firm are reaching out to you, both our clients and readers, to look for those in your lives suffering from type 2 diabetes and to reach out to them and let them know about the side effects of this drug. Inform them of the consequences that may be associated with it, and ensure that if they have been taking the drug that the reach out to us here at Blick Law Firm at 813-931-0840 so that we may put them in contact with men and women who are able to assist them in claiming liability. It is up to you to help ensure that no one else suffers due to this drug and its dangerous health implications, and by doing so you could possibly be saving the lives of families all over the Tampa Bay area.

0saves
Save
If you enjoyed this post, please consider leaving a comment or subscribing to the RSS feed to have future articles delivered to your feed reader.
This entry was posted in Blog, Personal Injury. Bookmark the permalink.
Call Today For a Free Consultation! 888.973.2776
Blick Law Firm is grounded in Christian values, & strives to meet the legal needs of its clients & their families, while providing physical & emotional support.
Submit the following information and we will have one of our representatives contact you.