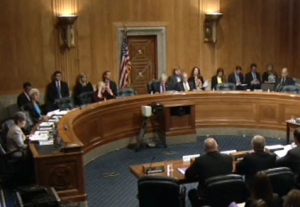 Hadopi is the national anti-piracy law for France, and this week in trending legal news we are covering the French Senate’s enhanced policies for the law. The senate is hoping to do away with ‘educational’ reprimands and is instead hoping to strike down piracy by enforcing a much stricter law. Since 2012 when elected president Francois Hollande swore to amend the law, nothing much has happened with Hadopi. However, in 2014 the government stripped Hadopi of its only real sanction which allowed them to suspended offender internet subscriptions after three offenses.

Since the stripping of the sanction, piracy within France has been on a huge rise and several reports are saying that it is at an all time high. But now, the Senate is bringing Hadopi back with twelve proposed measures to overhaul the law. Of the proposed measures, one includes systematically fining offenders only after two offenses while also skipping a court ruling. The fines would average at around one hundred euros.

The Senate is also attempting to launch an independent sanction commission who would be in charge of fines for offenders, and would also give 800,000 euros to Hadpoi. They would also handle the task of tracking IP-addresses, which is where most of the funding would go to. On top of this, they hope to create a blacklist of illicit websites within France.

Many are in favor of the changes to Hadpoi and are all for implementing stronger anti-piracy policies. Some groups, however, have voiced concern, stating that these laws would be infringing upon the citizens digital rights and give rise to more control for the government in the digital world. The country is now waiting to see how France’s culture minister Fleur Pellerin will respond and whether or not she is willing to follow the senate’s proposals.