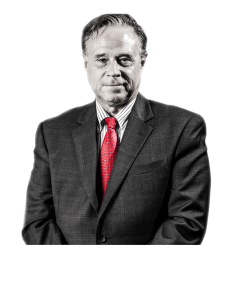 One of my earliest memories happened when I was 4. My family and I immigrated to the United States from the Philippines. Being 1 of 5 children, the immigration was a long process that lingered and moved at a snail’s pace. My aunt, our sponsor, at the time spent $100k in attorney fees to speed up the process.

I recall the heart wrenching moment when my mother and brother parted ways. Immigrating to the US is a lengthy process and my brother, who was sponsored at the age of 8, was already 19 by the time we were given the “green” light. He was unable to come with us because he was already a seasoned adult. I remembered how torn and grief-stricken my mother was over the entire situation. Being so young, I did not know that things were awry but I could discern that this was not the optimal situation.

Immigration reform has altered greatly over the past decades since I moved here. Changing demographics and the upwelling of illegal immigrants has highlighted the need for such reform. According to the New York Times, illegal children are unable to attend school without being legitimized; this seemingly unfair practice has been mirrored throughout much of the United States.

I know that the only reason that my family and I were able to come to America was because we had a lawyer to represent us and expedite the process. In immigration, time is of the essence. Attorney’s can provide services such as assisting with and gaining citizenship, representation in court, and obtain immediate access to citizenship in emergency situations. They are aware of the intricate details of the immigration process and can help you through the difficulties, setbacks, and waiting that is commonplace in immigration law. Furthermore, they can counsel you on your options and will be the best source of information to assess your unique situation.

The benefits of being a citizen are underscored in our constitution. To have the right to be called an American is something that citizens take for granted and yet so many others pray and struggle over. As a society founded in immigration we need to provide access to those who truly wish to live the American Dream.

Blick Law Firm specializes in Immigration Law. They are aware that families both legal and illegal immigrants may need representation and counsel when it comes to gaining citizenship. To schedule your consultation with an attorney please call: