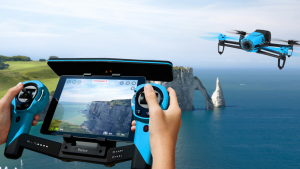 As drones grow in popularity, lawmakers face increasing pressure to protect residents from the dangers that come with the new technology. There is already legislation in place in the state of Florida to protect residents’ from the invasion of personal privacy at the hands of drone users; but, now there is talk of enacting legislation that would hold drone operators accountable for the damage incurred by their drone use.

There is currently no law in place to protect Floridians from personal or property damage caused by drones. Republican state Sen. Miguel Diaz de la Portilla, of Miami, would like to change that.

“They’re very hard to control and they can cause massive damage if they fall,” said Diaz de la Portilla of drones. Drones are available for purchase by the public in a variety of different sizes and equipped with a range of different accessories and functions. If a drone is not handled properly, it could fly into power lines, tumble into a crowd of people, or very seriously injure a person and/or damage their property. 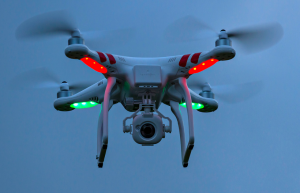 Diaz de la Portilla feels the state needs legislation that would reimburse victims of drone accidents for their expenses, should a drone cause notable damage to their person or their property. Senate Bill 642, proposed by Diaz de la Portilla, would hold the drone owner and operator responsible for the cost of the damage(s) if the drone were a major contributing factor in causing the damage.

The senator said no particular instance inspired his proposal, but that the widespread stories of damage and endangerment caused by drones pushed him to take action.

Should the legislation protecting victims from drone damages pass, it would build on other Florida laws that restrict drone usage, namely as a means of surveillance. [CLICK HERE]