Beyoncé’s younger sister Solange Knowles, made headlines for brutally attacking Jay Z in a hotel elevator following the Met Gala after party. Officials from the Standard Hotel are furious that the elevator security footage had been leaked, and the employee responsible has been terminated. The video footage shows a very angry Solange ferociously hitting her sister’s husband with a 1.1 pound Anya Hinmarch metal bag. Beyoncé’s body guard had to hold Solange back, as she threw kicks and punches towards her sister’s husband Jay Z.

Although Jay Z has not pressed charges against his wife’s sister, the Manhattan police could press charges against Solange even without Jay Z’s cooperation. Retired NYPD officer, William J. Cox says, “It happened in a public place, so she could definitely be charged with disorderly conduct. She could also be charged with attempted assaulted in the third degree”.

According to common law, police officials have the power to perform an arrest if there is 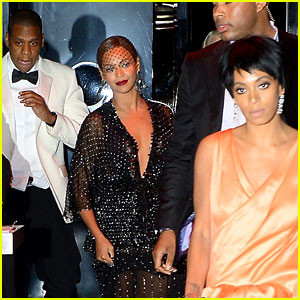 probable cause that a criminal offense has been committed despite the victim’s compliance. In this case, the district attorney will be the one pressing charges.  Complications can arise when a victim is uncooperative however, this does not negate a criminal prosecution. Therefore, it is not required that the victim file a complaint against the defendant for a criminal prosecution to take place.

Blick Law Firm serves clients in the areas of criminal defense, DUI defense, sealing records, and civil traffic infractions. Attorney Michael Blickensderfer, has extensive criminal law experience having served as a prosecutor in the states of Florida and New York.  Mr. Blickensderfer has courtroom and trial experience in both criminal and civil cases; and is knowledgeable the areas of white collar crime, narcotics, Medicaid fraud, and DUI offenses. He currently serves clients as a private defense attorney, and has gained additional experience having previously served as a public defender.

0saves
Save
If you enjoyed this post, please consider leaving a comment or subscribing to the RSS feed to have future articles delivered to your feed reader.
This entry was posted in Blog, Criminal Law. Bookmark the permalink.
Call Today For a Free Consultation! 888.973.2776
Blick Law Firm is grounded in Christian values, & strives to meet the legal needs of its clients & their families, while providing physical & emotional support.
Submit the following information and we will have one of our representatives contact you.