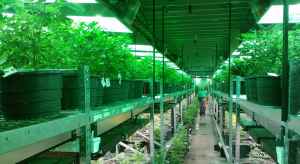 In 2014, Florida adopted a very restrictive medical marijuana program that has been tied up in legal challenges for nearly two years. Around the same time, some Florida legislators tried amending the state’s constitution to include legalized medical marijuana. Though Amendment 2 did not pass in 2014, the ballot initiative will make a reappearance this year.

Florida’s State attorney general tried to strike down Amendment 2 in 2014, claiming it misled voters of its intent. However, the Florida Supreme Court supported the document, keeping it alive. Florida licensed attorney, Hilary Bricken attributed Floridian’s lack of enthusiasm to vote in favor of the initiative to the many self-proclaimed medical marijuana experts that appeared on the scene.

Amendment 2 failed by a very narrow margin in 2014 and has received the necessary support for the Florida Division of Elections to certify its appearance on Florida’s November balance. Since 2014, the amendment’s language has become clearer regarding regulation and oversight of the medical marijuana business, qualifying patients, and caregivers.

Should the amendment pass, Florida’s Department of Health will oversee the medical marijuana program, through “Medical Marijuana Treatment Centers,” or MMTCs. The MMTCs will grow, process, and distribute all medical marijuana. A qualifying patient must suffer from an approved debilitating disease, get physician certification, and have a medical marijuana identification card. Of the qualifying medical conditions are cancer, epilepsy, glaucoma, HIV, AIDS, ALS, PTSD, Crohn’s Disease, multiple sclerosis, and Parkinson’s disease, among others.

The amendment clearly states that the Florida Department of Health will issue regulations within six months of the amendment’s passing, regarding the following issues:
• Procedures for issuing and renewing identification cards to qualifying patients.
• Procedures for establishing standards for caregivers, including security checks and issuing caregiver identification cards.
• Procedures for establishing, registering, and maintaining MMTCs, including proper security, record keeping, testing, labeling, and inspection.
• Regulations for prescribing the appropriate amount of medical marijuana for a given condition. 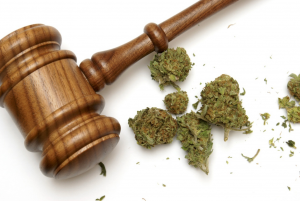 Only time will tell how the amendment’s revival will fair; but, there is a much more positive outlook and attitude toward its success in 2016. For more information contact a legal representative today to set up your 15 minute free consultation at 813-931-0840!