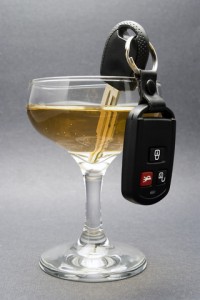 In Florida, Law Enforcement Officers pull over drivers for numerous reasons, driving under the influence (DUI) being a common arrest. Many Florida drivers are unaware of the definition of a DUI, the consequences that result from such actions, as well as what to do if pulled over for suspicion of DUI.

DUI, or Driving Under the Influence, generally refers to a person who has physical control of a vehicle while that person’s normal faculties are impaired by:

Therefore, if you are under the influence of drugs other than alcohol and are in actual physical control of a vehicle, you can still potentially be charged with a DUI.

In Florida, a blood alcohol level of .08 or more constitutes alcohol impairment beyond the legal limit. However, a police officer may still arrest you for a lower blood alcohol concentration (BAC) if they suspect that your normal faculties are impaired while operating a motor vehicle. Having a BAC under a .08 will increase your chances of overcoming the DUI conviction, but you may still be arrested and endure several hassles that go along with combating a DUI charge.

Police officers look for many physical signs of impairment once pulled over. Initially the driver may only be pulled over for a traffic offense, even minor ones; and then an officer will initiate immediate conversation to determine the potential impairment of the driver, which may result in a DUI conviction.

What to do when pulled over? 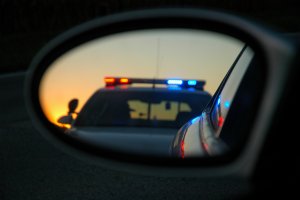 Common signs that police will be looking for to suspect an impaired driver: the ability to maintain eye contact, slurred speech, the smell of alcohol on a driver’s breath, or bloodshot eyes.

While it is your right to not answer any questions without a lawyer present, not doing so will certainly raise the officer’s suspicion and they will likely investigate further. It is wise to answer questions vaguely and avoid delving into specifics, including any amount of alcohol you have consumed, or that you just left a party, bar, or football game.

If the Police are suspicious, they will tell you to exit the vehicle, and you must. However, you may refuse to submit to any sobriety tests conducted. Even if you think you can pass the sobriety exercises, it is likely in your best interest to politely refuse because the officer determines whether you passed based solely on their own judgment. Know that you always have the right to contact an attorney before you submit to any test.

Florida drivers that are pulled over as a result of driving under the influences whether by alcohol or from a substance may result in the following consequences:

These consequences contribute to a multitude of difficulties that one faces when battling a DUI charge. It is important to fully understand and appreciate the severity of possible consequences associated with DUI, and always take all possible steps to avoid Driving Under the Influence.

If you are charged with DUI, it is important to seek legal counsel immediately from a criminal Tampa attorney! Call Blick Law Firm today at 813-931-0840. Make an appointment for a free 15 minute consultation with attorney Michael Blickensderfer to determine what your options are moving forward.