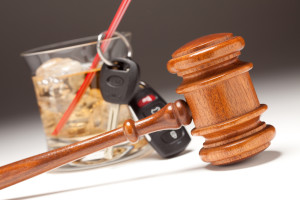 Drinking and Driving. Using these two words in a sentence is an ultimate taboo for many Americans, as the long-term consequences and issues that occur from Drinking & Driving can have long lasting effects, both in your life and in others. Many people often drink and drive for a few central reasons; maybe they don’t think they are too drunk, maybe they don’t have another ride, or maybe they don’t want to leave their car behind. However, if people knew the real truth behind drunk driving, the thought of drinking and driving would weigh much more heavily on their heads.

Every 53 minutes in America, someone is killed in a drunk driving crash. That equals around 27 people every day whose lives are lost because someone didn’t want to leave their car behind. In 2011, 9,878 people were victims of drunk drivers. 9,878 families lost someone they loved because a drunk driver didn’t want to pay taxi fare. 211 children were killed in drunk driving crashes in 2010, 62% of which were riding in the car with the impaired driver. Two hundred and eleven children lost their lives because someone in their family did not believe they were “too drunk to drive”. The statistics don’t lie and the bottom line is this; You should never Drink & Drive.

However, we here at Blick Law Firm believe in the saying of which our nation was founded upon; innocent, until proven guilty. There are always exceptions to the rules and we are here to defend your rights as a citizen, and to ensure that you do not receive a DUI that you do not deserve, which may impact your ability to acquire jobs, drive, and ultimately impact your freedom as a citizen. Here are precautions to take in many situations where you may run the risk of receiving a DUI.

In the end, always remember the risks you take if you choose to drink & drive, and that it does not only affect you, but everyone around you as well. One paid cab ride, while seeming expensive and an inconvenience, equals out to much more than the years of fines, grief, and regret that come alongside a possible DUI charge. If you or someone you know ever find yourself in need of legal advice or counseling in regards to DUI’s or any other cases, remember that Blick Law is here to help you every step of the way at 813-931-0840.

Have you ever been the victim of a DUI? Do you have an opinion on DUI laws and how they impact our lives? Share your opinion or story in the comment section below!

0saves
Save
If you enjoyed this post, please consider leaving a comment or subscribing to the RSS feed to have future articles delivered to your feed reader.
This entry was posted in Blick Buzz, Blog, Criminal Law, DUI. Bookmark the permalink.
Call Today For a Free Consultation! 888.973.2776
Blick Law Firm is grounded in Christian values, & strives to meet the legal needs of its clients & their families, while providing physical & emotional support.
Submit the following information and we will have one of our representatives contact you.