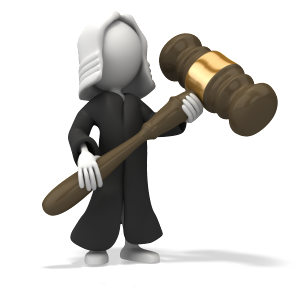 On August 9th, 2014, 18-year-old Michael Brown was fatally shot by Ferguson police officer, Darren Wilson. The incident created ripples throughout America quickly escalating into a tidal wave of outrage. It reignited a feud that had long since been buried in undertones and minuteness since the days of the civil rights movement.

Unruly protestors rioted in the streets of Ferguson seeking vendetta and justice for their martyred brother. Police responded by militarizing themselves, in an effort to keep the peace, reminiscent of the cold war days when countries would keep the peace by showing off their biggest guns. The rapid and intense escalation was fortunately kept in check by the state and federal government along with the help of protestors seeking a non-violent, just and fair resolution to the incident.

Fast forward to last week—Police officer Darren Wilson was acquitted of crimes related to the shooting of Michael Brown. The verdict has innumerable implications. People seeking punishment empathized for Michael Brown and his family. Others praised the verdict, pleased to see that a man who dedicated his life to servitude would not suffer the consequences of his actions. Rioters rioted and peacemakers made their peace. The one thing, everyone seemed to agree upon is that change needs to happen.

How do we create this change? There is obviously an intense disparity between those who feel that police officers are doing their civil duties responsibly vs. others who think of police as being brutal, savage oppressors.

The Obama administration has offered a solution to expedite change in law enforcement. They want officers to wear body cameras and go through more intense training. The idea of more cameras is not uncommon in police enforcement. Dash cams were added to police vehicles as a means of protecting both the officer and individuals. Cameras offer more insight into each incident. The amount of contradictory and ambiguous accounts of the Michael Brown incident may have been clearer if police officer, Daren Wilson, had been wearing a body camera. Some police agencies already have such cameras in place. According to WIRED, complaints against police officers dropped 60% after the implementation of body cams to the police force in Rialto, California.

Are body cameras ethical though? It is undeniable that cameras will give more feedback, but is it worth the costs to enforce upon the police enforcement?

What do you think? Give us your feedback at our website https://www.blicklawfirm.com

0saves
Save
If you enjoyed this post, please consider leaving a comment or subscribing to the RSS feed to have future articles delivered to your feed reader.
This entry was posted in Blog, Criminal Law, Personal Injury. Bookmark the permalink.
Call Today For a Free Consultation! 888.973.2776
Blick Law Firm is grounded in Christian values, & strives to meet the legal needs of its clients & their families, while providing physical & emotional support.
Submit the following information and we will have one of our representatives contact you.