Filing for bankruptcy can be very intimidating. Many Americans facing financial hardship believe bankruptcy is almost impossible to recover from. Some people are reluctant to choose bankruptcy, and may feel embarrassed, alone, or defeated when considering this option. However, filing for bankruptcy can provide a new financial beginning to those overwhelmed with debt, and countless Americans file for Bankruptcy every year. Rock stars, athletes, and even some of today’s millionaires have used bankruptcy to get their finances back on track.

Walt Disney founded the animation company Laugh O Gram, in 1920. When his financial 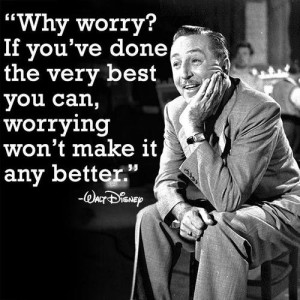 backers went broke, Disney became overwhelmed with debt and could not afford payroll. Disney was forced to file for bankruptcy and leave the mice infested company behind. One mouse in particular had a lot of personality; Disney named the mouse Mickey and packed his bags for Hollywood. Upon arrival, Disney started a new self-named production company and invented the animated character Mickey Mouse.

Today, the 100 billion dollar company is one of the largest in the world.

Multi billionaire Donald Trump, has declared bankruptcy four times. Due to some unsuccessful business ventures, Trump had to file for bankruptcy after accumulating billions in debt. Despite these financial hardships, Donald Trump is among the wealthiest 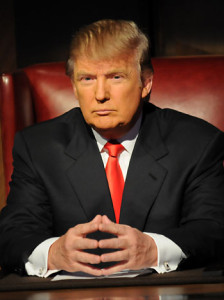 entrepreneurs in the world with an estimated net worth of 2.9 billion dollars.

Many people have used bankruptcy to help reclaim financial control of their lives. Bankruptcy laws liquidate assets so that debts can be paid, and repayment plans are available in order to secure a positive financial future.

Following the correct procedure is crucial to ensure a successful bankruptcy claim. A bankruptcy attorney can help guide you through the bankruptcy process, and make sure that paperwork is filed appropriately.

If you are struggling with your finances and considering bankruptcy, the experienced lawyers at Blick Law Firm can help you take the right steps towards a new financial beginning. Call Blick Law Firm today for a free consultation.

0saves
Save
If you enjoyed this post, please consider leaving a comment or subscribing to the RSS feed to have future articles delivered to your feed reader.
This entry was posted in Bankruptcy, Blog. Bookmark the permalink.
Call Today For a Free Consultation! 888.973.2776
Blick Law Firm is grounded in Christian values, & strives to meet the legal needs of its clients & their families, while providing physical & emotional support.
Submit the following information and we will have one of our representatives contact you.