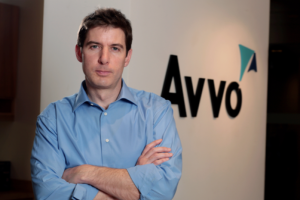 This week in legal news, Avvo founder and CEO Mark Britton alongside many others took the stage of the first day of the ABA’s House of Delegates meeting and they spoke on several key issues facing the legal industry. One of Mark’s main points was to encourage the audience to “look at this through lens of innovation”. He spoke on several key issues of the industry, and the steps they are taking in order to provide care and support for the legal industry.

Several of his points included facts in regards to trends within the industry, such as the fact that four out of five low-income litigants are unrepresented or a survey that was conducted that said 34 percent of the population believe that lawyers have nothing to offer society. His solution was to “get rid of UPL” and partner with more credible experts instead. He made statements speaking of how the legal industry was made to serve the legal consumer, not ourselves.

Other speakers, such as Bay Area Legal Aid Executive Director Alex Gulotta and Lisa Foster, director of the Department of Justice’s Office of Access to Justice also spoke on the subject of public interest as well as the poor representation of the poor and non-native English speakers. Alex spoke about the “complex maze” faced by people of modest means, and suggests expanding to create a single point of entry in which people who are seeking justice can easily be helped. Lisa Foster spoke on those poorly represented, such as the poor and non-native English speakers, and stated that, “the problem is exacerbated by lack of adequate funding for public defenders in many states”.

Many other speakers graced the stage, but many of them touched on the same basic point in regards to legal matters. Most offered opinions on the downward trend of industry and offered varying solutions to the problems faced in every state within the country. Time will only tell if the issues presented will have any success in being corrected or solved in the coming years.